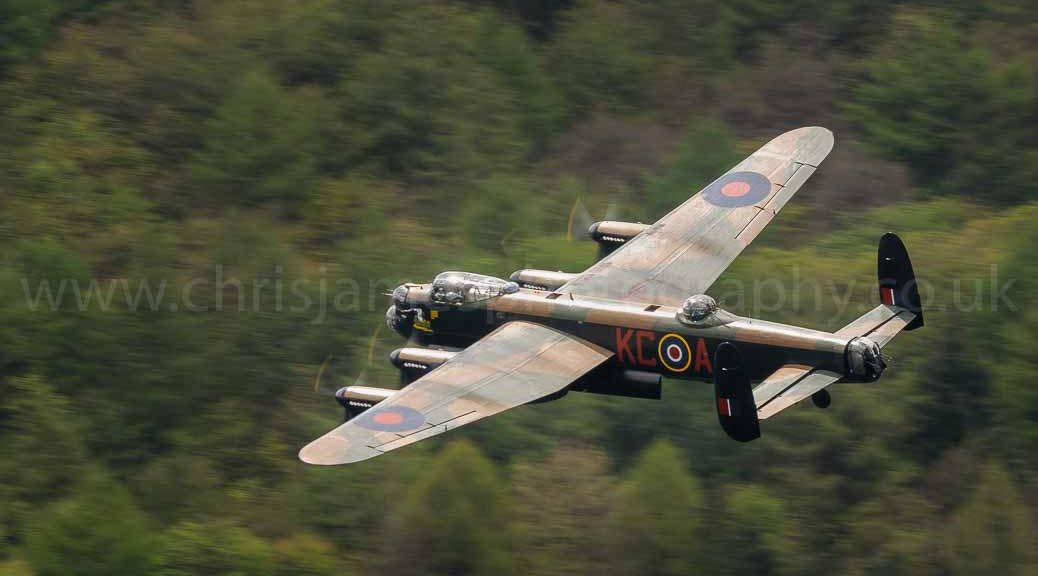 2013 saw the 70th anniversary of the Dambusters raid by Lancaster bombers of 617 Squadron on dams in Germany.  On the 16th of May 2013, thousands of people from all over the country converged on Derwent Dam in the Derbyshire Peak District to watch a commemorative flypast over one of the very dams where the Dambusters Squadron trained for the raid.

I am offering for sale this special commemorate print of the Dambusters 70th anniversary event, which features 3 of the 4 aircraft involved on the day. Each borderless print measures 8″x12″, and is printed on Fuji Crystal Archive paper for image permanence. Copies are available (without the copyright watermark, of course) for £25.00 each, including postage and packing within the UK. Please contact me if you would like to order a copy. 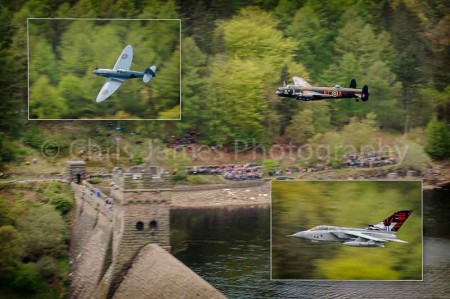 Four aircraft took part in the flypast. The first to make its way down the Derwent Valley and over the dam was a Spitfire PRXIX (PM631) from the Battle of Britain Memorial Flight. 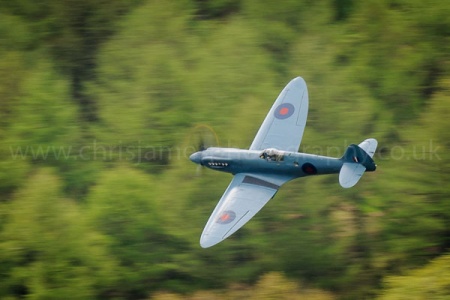 Normally, the sight and sound of a Spitfire attracts plenty of attention, but on this day it was the next plane that everyone was waiting to see. The deep roar of the Lancaster’s Merlin engines announced the arrival of one of only two examples of this iconic aircraft still flying. It passed low over the Derwent Dam and headed down the valley with its bomb doors open, banking elegantly to follow the contours of the valley. A few minutes later, it was back, this time heading up the valley, and catching many onlookers off guard as it only appeared in view at the last moment. A third pass followed, down the valley again with the Lancaster closely followed this time by the Spitfire. As it passed over Derwent Dam again and headed down the valley towards Chatsworth House, one woman could be heard to say “It’s the sound as much as anything”. 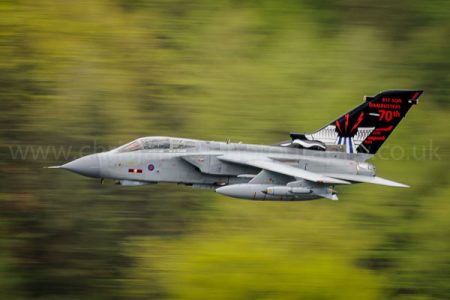 The display was finished by two Tornado GR4 jets from 617 Dambusters Squadron, making a second noisy pass down the valley. Both had specially painted tail fins, commemorating the 70th anniversary of the famous raid. It shows a dam wall being breached, with a silhouette of a Tornado next to “2013” above a silhouette of a Lancaster next to “1943”. 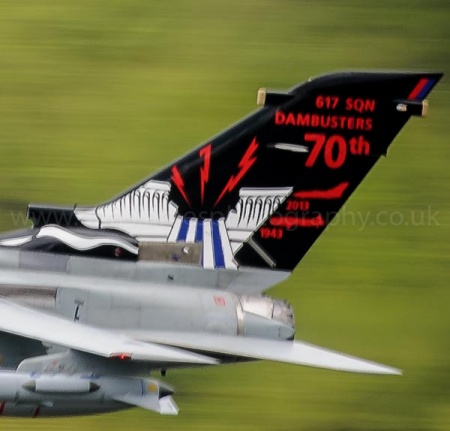