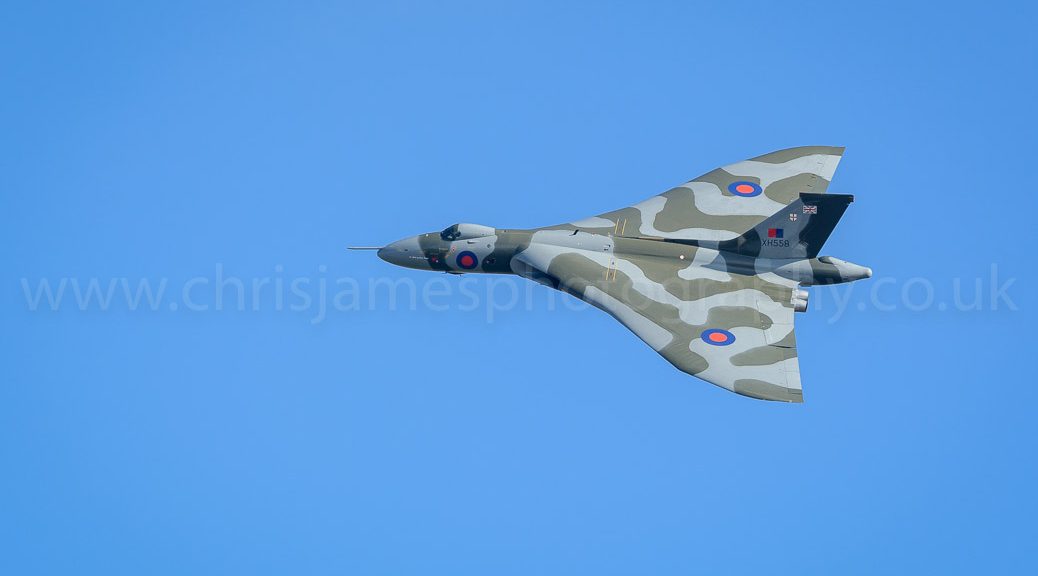 October 2015 saw the end of a chapter in aviation history with the last flights by an Avro Vulcan bomber. As part of a “farewell to flight” nationwide tour, Vulcan B2 XH558 flew over Newark Air Museum (the former RAF Winthorpe) in Nottinghamshire for the last time. The museum has their own Vulcan B2 (XM594) which was the penultimate B.2 variant to be built at Avro’s Chadderton and Woodford factories which was capable of carrying the Blue Steel nuclear stand-off missile (Britain’s main airborne nuclear weapon at that time). She was delivered to the Royal Air Force in July 1963 and allocated to No.27 Squadron at Scampton – the Squadron which first introduced the B.2 variant of the Vulcan to RAF service. She remained in service for 20 years, and her last flight was on the 7th of February 1983, when she was flown from her home base at RAF Waddington to the Newark Air Museum site – the only jet engined aircraft to have ever landed at RAF Winthorpe.

XM594 is now one of only 18 Vulcans left in the world, and in beautiful sunshine XH558 flew right over it on her second pass to the delight of the onlookers.

Above is a composite image made from 7 exposures of that sadly never-to-be-repeated experience.

And here is a selection of images of both aircraft on the day:

The Newark Air Museum has a fantastic selection of other aircraft as well as the Vulcan, and is well worth a visit. You can see further details on their website here.